Speaker:  Dylan Bickerstaffe
Dylan Bickerstaffe is an Egyptologist who specialises in Royal Mummies, the Ramesside Period and the Labyrinth. Dylan also leads tour groups in Egypt. Dylan has a wide selection of talks and this one looks at the time when Cleopatra V11 died and Rome took Egypt as an imperial province. Is it likely that that the Roman Empire can tell us anything about ancient Egypt? Surprisingly the answer is ‘yes’. 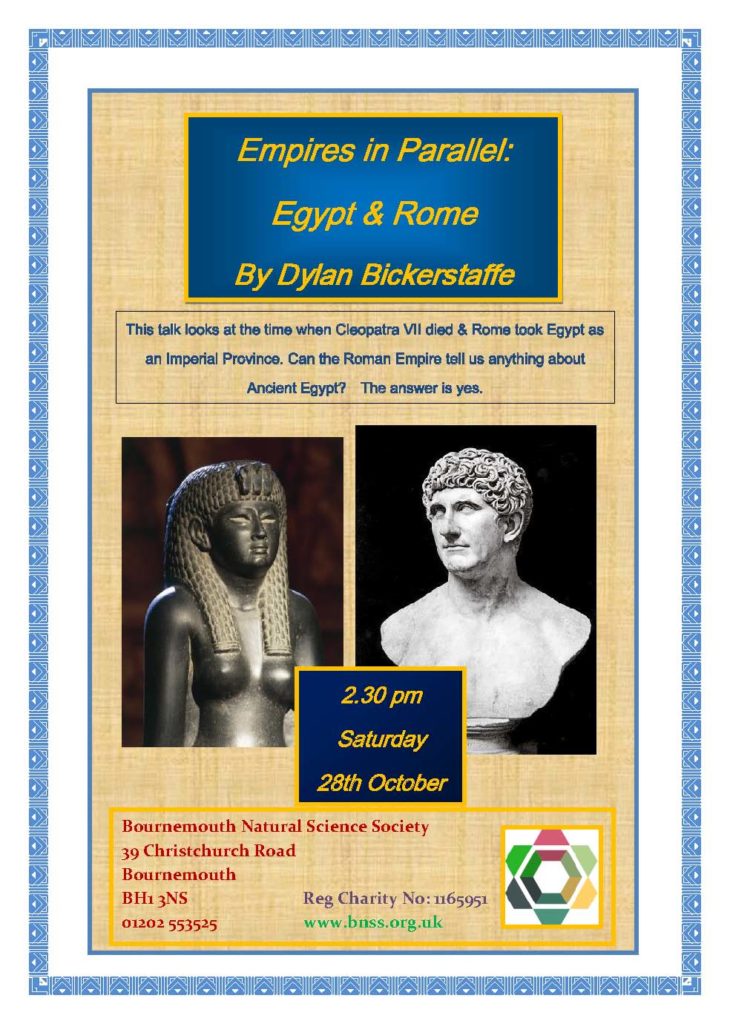